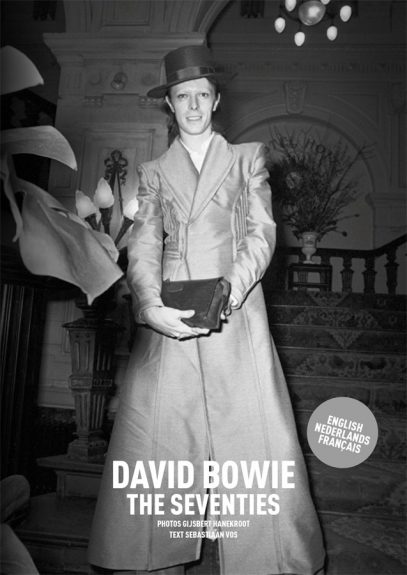 ‘David Bowie – The Seventies’ gives an overview of the most important period in the career of the singer. Hanekroot and David Bowie met six times. We’ll show color & black and white portraits, studio pictures and photographs of concerts.

Gijsbert Hanekroot (1945) started as a professional photographer in 1969. He witnessed the explosion of the rock scene in the seventies, which he recorded in numerous iconic images.

Gijsbert Hanekroot photographed the ‘Ziggy Stardust’ tour in 1973 at Earls Court in London. He made wonderful pictures of this memorable show with constant costume changes. In 1974, Bowie was in Hilversum for a shooting in the TopPop studio with the song ‘Rebel Rebel’. Not long after he received an Edison at the Amstel Hotel in Amsterdam during a festive press conference. Gijsbert also photographed the ‘Thin White Duke’ tour in 1976 at the concert in Ahoy Rotterdam and later the 1978 tour.

To order this book, e-mail to ghanekroot@protonmail.com or go to http://amzn.to/2fwe4jc